Walking into the backstreets, you will find unique products and services offered by even more unique people. In the vast city of Tokyo, many of these unique stores are hidden away. “TOKYO DESTINATON STORES” is a series where we find these underground stores and introduce them to the rest of the world. This month, we talked to COFFEE SUPREME TOKYO, a new coffee stand located in Kamiyama-cho, Shibuya.

Flag signs that say “Oku-Shibu” are put up on street poles in the Kamiyama shopping district leading from the Tokyu department Honten to the Tomigaya area—a nickname for the ‘deep Shibuya’ area that helps unite the surrounding community. In the old-fashioned townscape, the shopping district houses restaurants and cafés, alongside popular clothing stores, gift shops, and book stores. They chose Oku-Shibu as the first Japan location of the New Zealand coffee stand COFFEE SUPREME TOKYO that opened this October.

They took advantage of the narrow, long interior by opening up the space. The counter takes up half of the interior, but it feels much larger and more open.

COFFEE SUPREME is a coffee bean importing and roasting company based in Wellington, New Zealand running since 1993. The company has four coffee stands in New Zealand and two in Australia. A flat white is a traditional way of serving coffee made with a double espresso and milk, and is served hot all-year round in New Zealand.

Hiroki Matsumoto, the head of the Tokyo branch, lived in New Zealand up until recently. “In New Zealand, there are coffee shops everywhere—so much so that it has become part of the culture. Many of them have a great sense of design; especially GOOD ONE was a cool, inspiring coffee shop unlike any that I’ve ever encountered. It is said to be a place that one must visit at least once in their lives.” The café has unfortunately closed since, but it was one of cafés owned by COFFEE SUPREME.

A common acquaintance was able to connect Matsumoto with the COFFEE SUPREME owner, who was coincidentally into music, skateboarding, and Japan, so the two immediately clicked. As the owner was debating opening his next cafés in the US or China, Matsumoto continued to suggest opening in Japan. “He finally got back to me last year, saying, ‘Let’s open a café together in the internationally acclaimed city of Tokyo’—I finally got a nod after three hopeful years.” Matsumoto quit his day job after some time, and along with the CEO, began preparing for the launch of the café in his come country.

Their signature “flat white” is prepared with less milk than a latte, which brings out depth and richness of the beans. ¥450

All coffee beans served at the café are roasted in Melbourne and are delivered by air two times a week. The shop has been popular since the opening, and although flat whites are relatively unknown in Japan, more than half of the customers have been ordering them. The flat whites prepared by the Japanese barista trained in New Zealand and Melbourne has a distinct espresso flavor that is perfectly mixed with the exquisitely steamed milk. “The New Zealand Embassy is located right behind our café, so people that work there stop by every morning. During the day, we have more tourists, and the neighbors come by in evening. The café is open until 11pm, so a lot of people in the café industry are able to come by at night, which makes me really happy.” Many customers stand leaning on the counter while having their drink; the fact that customers can talk about New Zealand culture with the baristas is another perk that keeps customers coming back.

After buying coffee on the ground floor, there is seating available on the fourth floor terrace. Residential buildings with a beautiful view surround the area, making this a hidden popular place to hang out.

The brand concept is hospitality, so this is a great location for us to communicate and have conversations with customers, which would be harder to do in busy areas near train stations. The café is still owned by the company in New Zealand without a sponsor company in Japan, so they find it important to have staff members that have lived in New Zealand that can communicate the culture to others, while maintaining the quality as their first store in Tokyo. “Given the cost of sending over the coffee beans every week, it would be great to eventually roast beans in Tokyo. We want to share the coffee culture of New Zealand to the smaller cities, and connect with people from all over Japan.”

New cultures are constantly being created all over Tokyo. Japanese people can connect international cultures even from the deep end of Shibuya—this is indeed a Tokyo Destination Store. 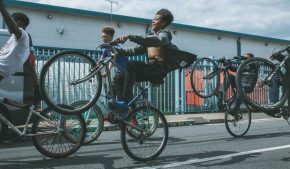 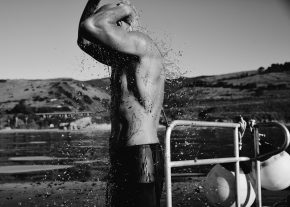 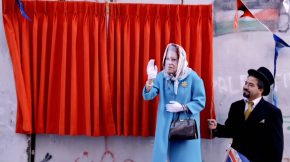