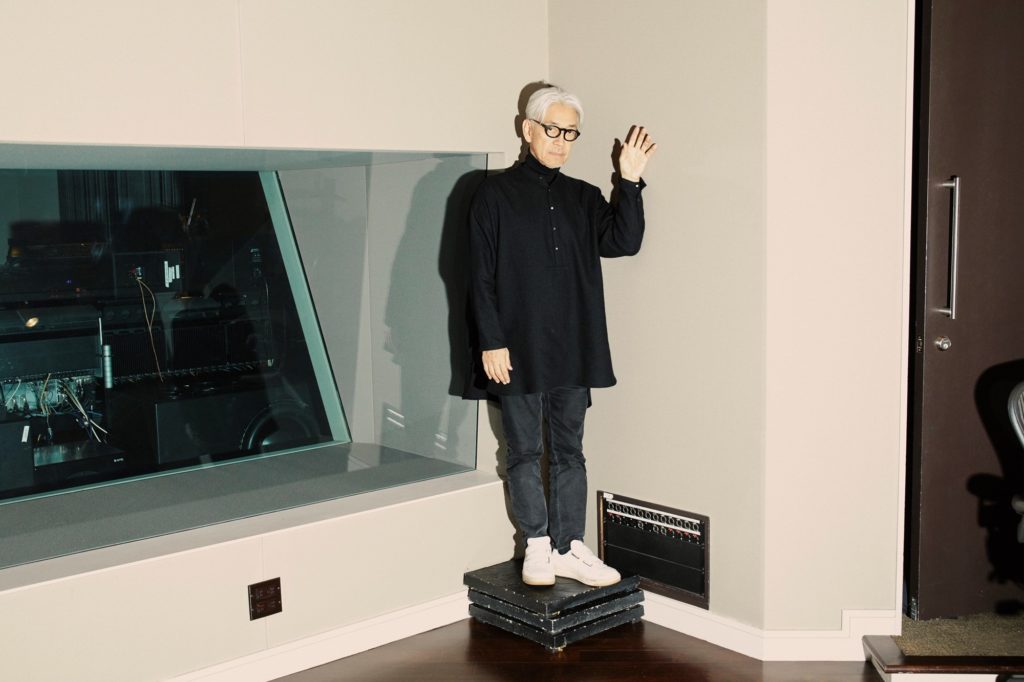 Ryuichi Sakamoto wants to forget the past and feel the unknown 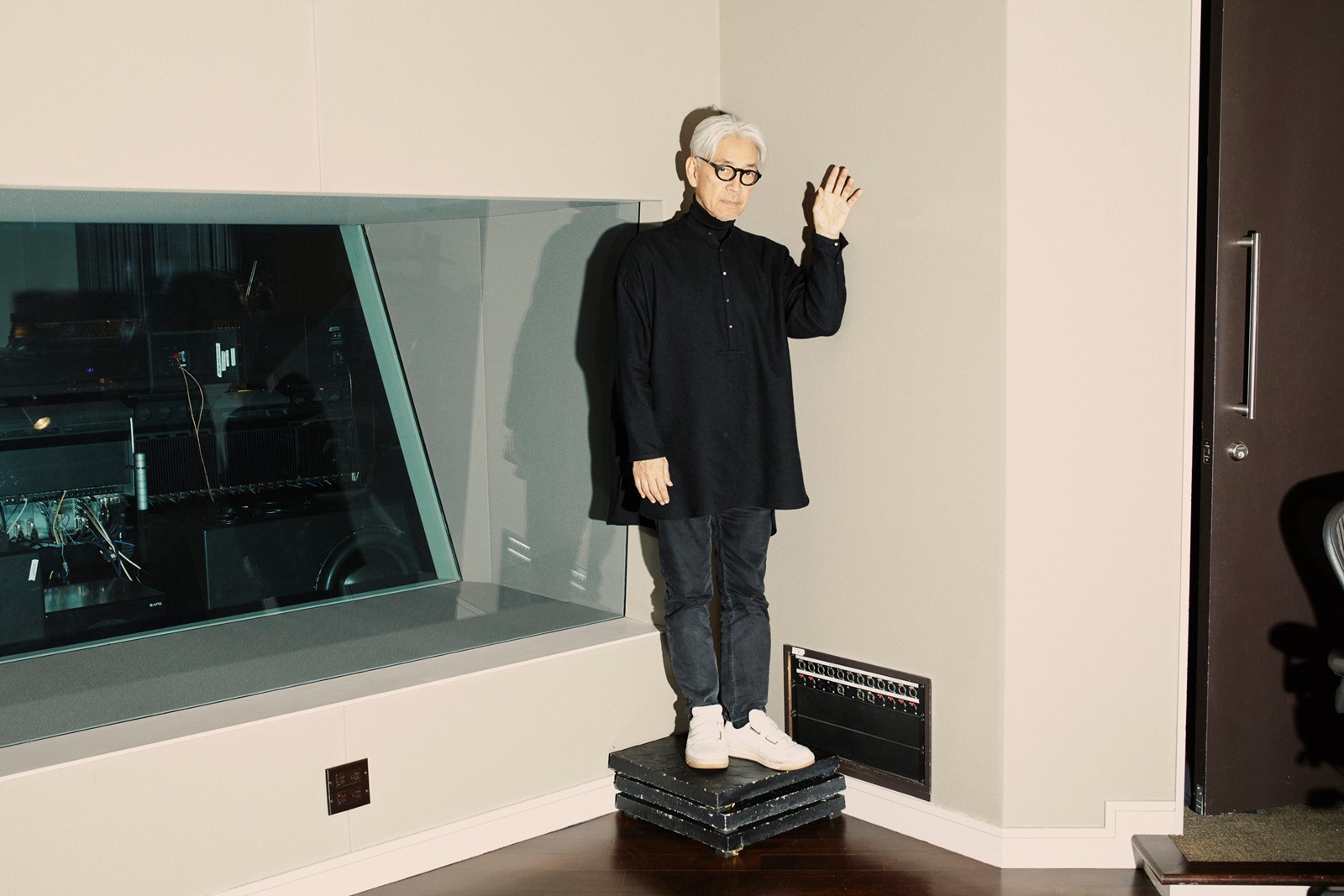 The Japanese composer meets us in Manhattan to discuss his work with designer Rei Kawakubo and director Luca Guadagnino, and why the past is history

Ryuichi Sakamoto is bent over, swiping through the Discogs page of Yellow Magic Orchestra, in search of the name of a song he’d written long ago. He can’t find it, and his frustration is evident. Sakamoto’s assistant, who is standing nearby, begins searching on his own phone, offering up song titles. “There are many songs,” Sakamoto says to me, almost apologetically. “I remember the music, I can play it. I can hear it.”

The song in question turns out to be “Absolute Ego Dance”, a tight, lurching groove from 1979’s Solid State Survivor, Yellow Magic Orchestra’s second album. Last summer, Sakamoto, along with former bandmate Yukihiro Takahashi, shocked the audience at London’s Barbican Theatre when they joined YMO’s founder, Haroumi Hosono, onstage to play a sedated version of the song as a surprise encore. A video of the performance shows Sakamoto tentatively stabbing out the chord progressions with one hand as he stands in front of a Nord keyboard. It was the first time in six years that the trio, one of Japan’s cult musical exports, had played a song together in front of paying audience.

“I was holding myself back,” Sakamoto says of the impromptu performance today. We’re sitting in a small, airless room adjacent to a recording studio in New York’s SoHo neighbourhood, where the composer has been finalising mixes for a score to a new short film by the director Luca Guadagnino. Framed records line the hallway – one announces the platinum sales status of Travis Scott’s Astroworld – and on the wall above us, there’s a black-and-white print of Jimi Hendrix, wailing as he strikes out a chord. Sakamoto speaks with a measured hesitancy that borders on discomfort, but in his utterances it’s clear that the composer is more content to move through the world as a realm for new possibilities, than to retread past journeys. 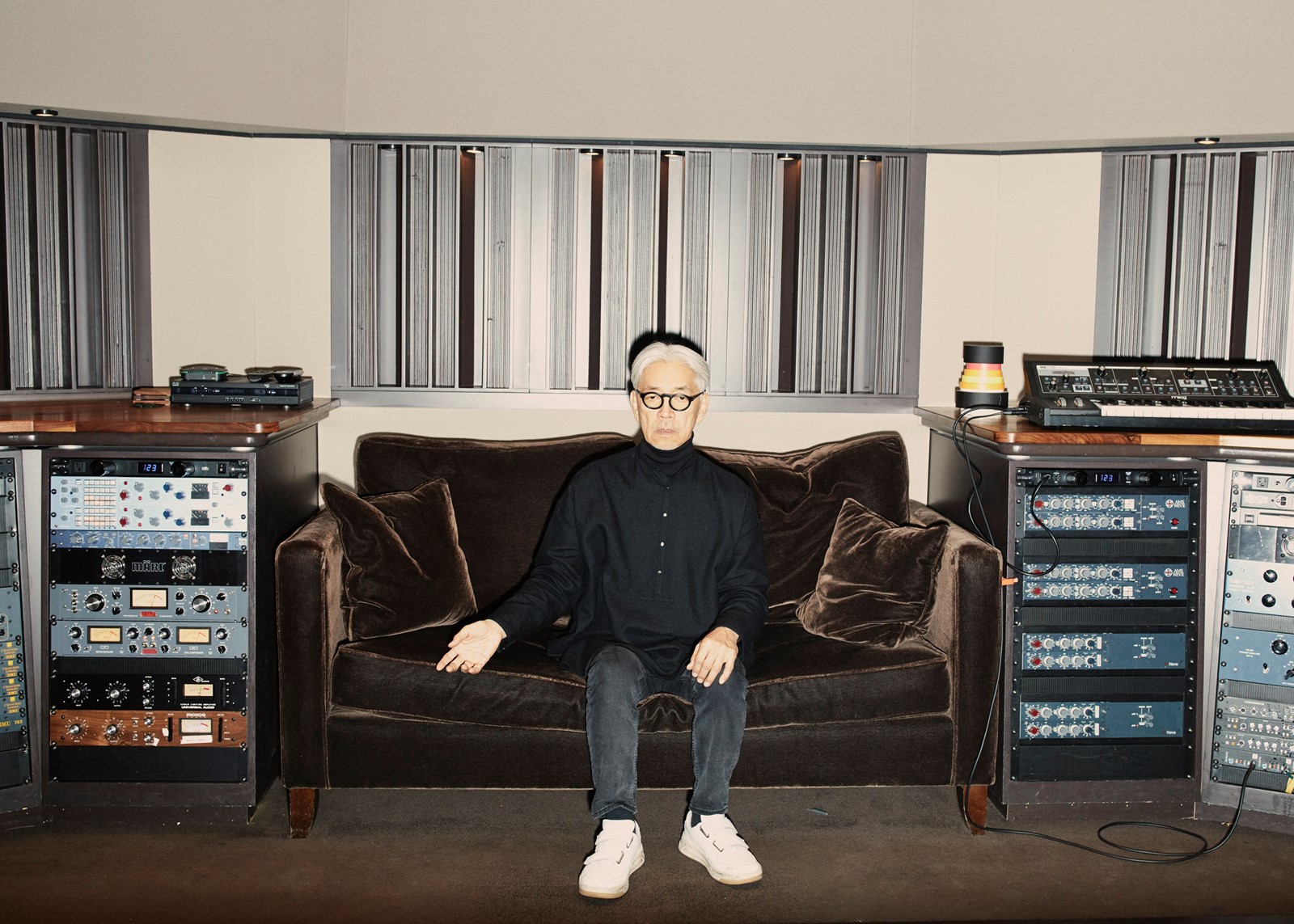 This much is evident by his chain-link sequence of collaborations, soundtracks, artistic installations, commissions, and the occasional fashion modelling appearance, that are connected with no fixed ending. And to understand this quality of the 67-year-old’s approach in the present day is to understand that the underground deification of his past catalogue, that of crate-diggers and DJs in pursuit of J-Pop esoteria by Sakamoto and his peers, is taking place beyond his own will to comprehend it. He’s just not there. You shouldn’t expect, in other words, to see a full-blown YMO reunion tour or boxset reissue of the band, no matter the evidence of internal and external pressures to do so.

While his bandmates Hosono and Takahashi have revisited their past work over the years, Sakamoto is here in a present of his own making. “They’ll try and bring me back,” he says, shaking his head. The persistent attention that fans have paid to the music he contributed to nearly 30 years ago – the soaring Discogs prices for his albums, the record stores devoted to exclusively stocking the music of his peers, Hosono’s set of sold-out shows this summer at large venues in New York City and Los Angeles (where YMO obsessive, and one of the largest independent musicians in the world, Mac DeMarco came on stage to sing “Honey Moon”) – have not provided the same gratification as the tactful, minimal, compositions he creates today, including the recent soundtrack for Black Mirror episode “Smithereens”. “It is a nice feeling, but the past is past,” he says. “I’m always looking forward because I want to hear, or to see, or to feel something unknown. In front, not in the back. To say ‘in the past’ – you have no real past.”

“The past is past. I’m always looking forward because I want to hear, or to see, or to feel something unknown. In front, not in the back” – Ryuichi Sakamoto

Painters, after all, aren’t asked to “perform” their greatest works again, but musicians are held to different standards – especially ones like Sakamoto, who four decades ago was the boyishly elegant pianist for what amounted to be his country’s closest embodiment of the Beatles. This tension has existed in Sakamoto’s mind, it seems, since his earliest days. Speaking with him back in 2017, at his West Village studio, he told me how, after the runaway success of “Forbidden Colours”, the melodic centrepiece of the 1983 film Merry Christmas, Mr. Lawrence, which he starred in with David Bowie, that he refused to play the song live for over a decade. Only after seeing Carole King and James Taylor play their chart-topper “You’ve Got a Friend” in concert at Tokyo’s Budokan concert hall did he soften his stance. “I realised what it is when everyone wants to hear the biggest hit,” he said. Sakamoto reintroduced his hit into performances. You could understand why some would want to run away from such things, to look for things, sounds, ideas, in front, and not, in the back. Yet a creative ego, set by the terms of vicious perfectionism, has never been assigned to Sakamoto, despite the likelihood of its existence: the regular command of orchestras larger than a football team, an award-winning pedigree (he’s earned one Oscar, one Grammy, and two Golden Globes, plus a BAFTA for good measure), and a CEO-like work ethic (“Ideally, I’m recording all the time, 24 hours a day, but I can’t,” he confessed in 2018). Then there was the time that the professional aesthete was so perturbed by the music in his favorite Brooklyn restaurant, as the New York Times reported last summer, that he went out of his way to craft customised Spotify playlists for the dining room, accounting for light, mood, and the colour of the room. But instead of flouting his empresario-like CV, which would have fit the ambience of the hit-making studio we found ourselves in, he levels his gaze and offers up a different kind of personal claim: “I am very shy.”

On this afternoon, Sakamoto is wearing black jeans and a trim, low-hanging tunic, also black. The monochrome wardrobe is offset by white Air Force Ones and tortoise-flecked glass, interrupted by straight strands of white hair. In Sakamoto’s own words, he’s not a fashion person, despite appearances in campaigns for Kenzo and Opening Ceremony. The person with a fashion sense, according to Sakamoto, is his partner, and manager/producer. “She keeps saying, ‘I don’t want to talk to you about fashion because you have no knowledge about fashion.’

“She keeps saying, ‘I don’t want to talk to you about fashion because you have no knowledge about fashion’” – Ryuichi Sakamoto

If he could create a runway soundtrack for any living designer, Sakamoto says that it would undoubtedly be Rei Kawakubo, the enigmatic visionary behind the Japanese label Comme des Garçons. He admits that he’s envious of his former engineer, Seigen Ono, and now composer, who’s been commissioned to create works for Kawakubo several times. “My music is too musical for her,” Sakamoto concedes. “She would want something more deconstructed. For her, I understand that.”

After surviving a battle with throat cancer in 2017, a struggle which he both composed through and was filmed during, for the 2018 documentary Coda, Sakamoto still speaks in a low rasp that grows thin the longer he expresses a thought. Mostly, his statements are short, succinct, and unambiguous. The evidence of his exacting tastes, such as his faultless appearance, or refusal to dine in poorly-soundtracked restaurants, comes through in these brief moments and are scattered throughout our conversation. Lost in the airy profiles of Sakamoto, the composer and environmental conceptualist, are the quotidian, human qualities of making the work, and the textures of his daily pursuit. It’s a pursuit that amounts to being something like a master carpenter, a job where one is tasked with not only building the structure, but of designing it, detailing it, and managing the crew.

Sakamoto speaks fondly of his work with Guadagnino, the film The Staggering Girl, which premiered at Cannes Film Festival a few weeks after our conversation. In fact, he explains that it’s one of the “most ideal” film projects of his career. Why? “There were no harsh comments. There were no directions.” Sakamoto was given free reign to do what he wanted for The Staggering Girl, which was made in collaboration with the Italian luxury house Valentino.

“I just presented him with the music and he was thrilled,” Sakamoto says. The 37-minute film is a pop meditation on the hazy memories of youth set at, yes, an Italian Villa and starring the actresses Julienne Moore and Mia Goth. It was mostly panned at the film festival (“A distractingly elaborate…promo reel,” said The Hollywood Reporter). But there’s no suggestion that Sakamoto’s fondness for the experience will ebb. Take his infamous turn as Bertolucci’s chief composer for his 1990 film The Sheltering Sky. The director was notorious for sudden reversals, and just one day after approving one of Sakamoto’s orchestrations, he reneged, while the orchestra waited in the live room to score the section. Sakamoto, in the moment, exploded. “Because I was so furious, he got scared of me. I was so, so angry,” Sakamoto recalls, laughing heartily. 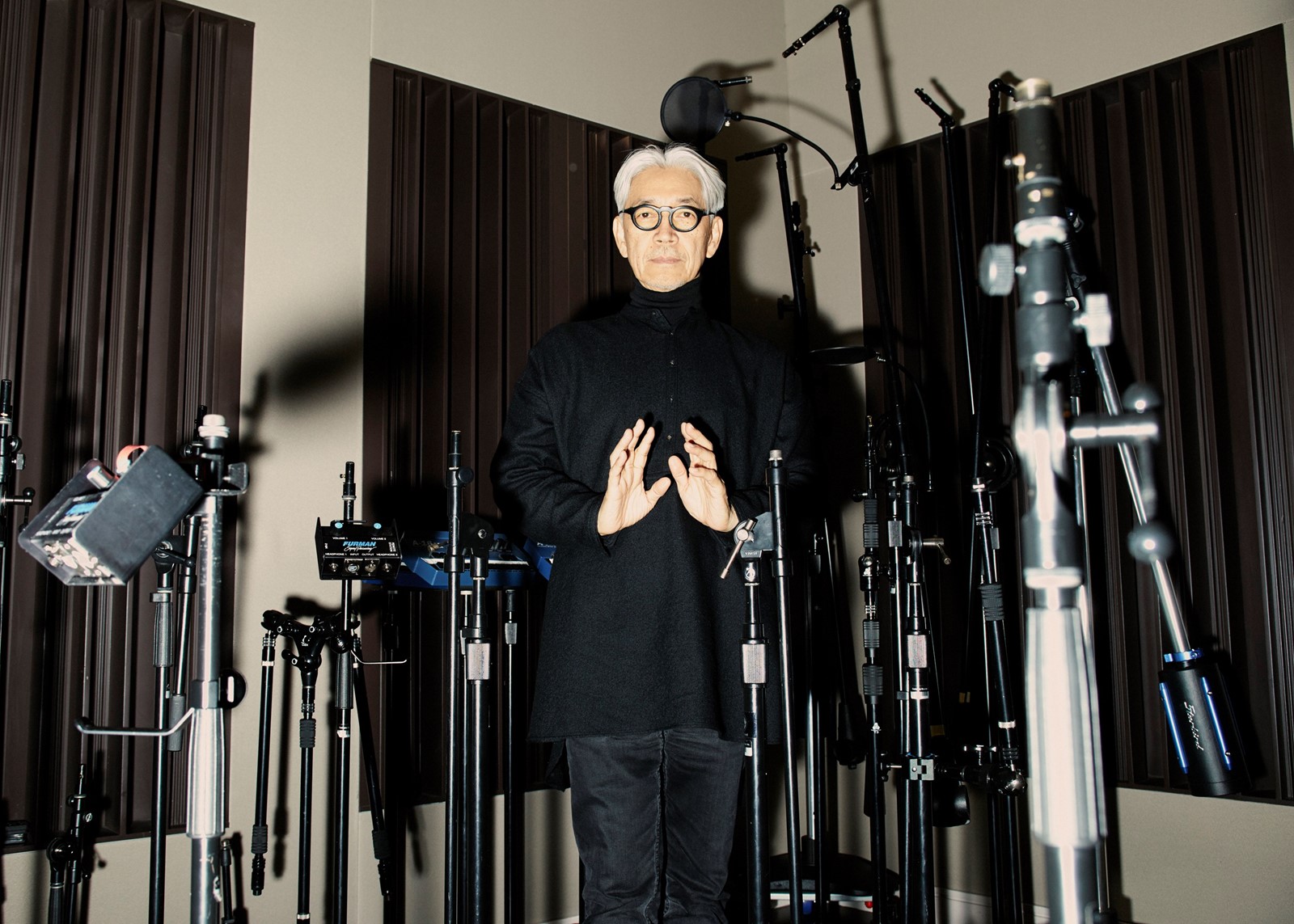 Talking with Sakamoto in person, it’s difficult to imagine such a scene. I ask him if he’s ever found himself acting like a lordly dictator-type in the studio. “I’m not so harsh,” he says, “but maybe I should be more harsh.” Sakamoto says that his greatest weakness is a nature to give up, or compromise when working with collaborators who aren’t performing to his standard. A “weakness” he calls it. This “flaw” has yielded more results than most people’s biggest strengths, or something like 21 albums over the course of forty years. Of course, thinking about a more strident Sakamoto, making every studio his domain, flies in the face of what we’ve heard from the composer. It’s the sound of a mind in pursuit of understanding the “all-different,” as the philosopher Vilem Flusser once termed the unknown frontier of human knowledge. Charting it, arranging it, showing us what new information can sound like. Consider the lines by the poet Arseny Tarkovsky that are read by the singer David Sylvian in the middle of Sakamoto’s 2017 record async, the album he released after his cancer went into full remission. “Life is a wonder of wonders, and to wonder / I dedicate myself.”

This spring, Sakamoto reissued an older album of piano classics, an extreme example of his austere tendencies. A piano-only album with magisterial sonic palette, BTTB, or “back to the basics”, was, as recent reviews have noted, a reflexive business decision by his recording label to capitalise on an instrumental Sakamoto had composed for a pharmaceutical “energy tonic”. The single, “Energy Flow”, was the first instrumental to ever capture the number one position on the Japanese charts. “We need(ed) a vehicle to reach the sophisticated upscale consumer,” a rep for Sakamoto’s label, Sony Classical, said in a 1999 Billboard article on the album’s market potential. The story details plans by the label to launch a dazzling US promotional campaign that included a “Tea With Sakamoto” listening tour, a syndicated radio programme on the composer, even an additional TV ad, topped off with a 30-date world tour that would end in a “webcasted” performance by Sakamoto from London’s Royal Festival Hall. Such wonder of wonders. And in the wonder of such industry machinery, there’s Sakamoto. He offers the reporter a simple question: “There’s a lot of beautiful piano pieces: How could I add anything new at the end of the 20th century?” 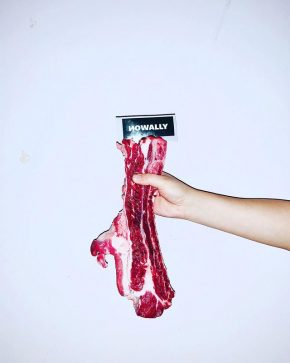 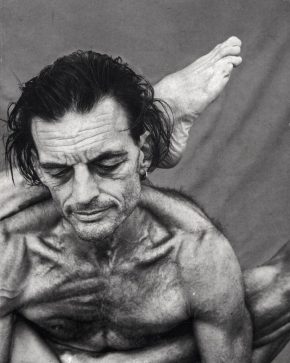 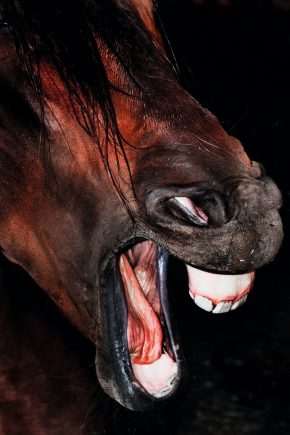