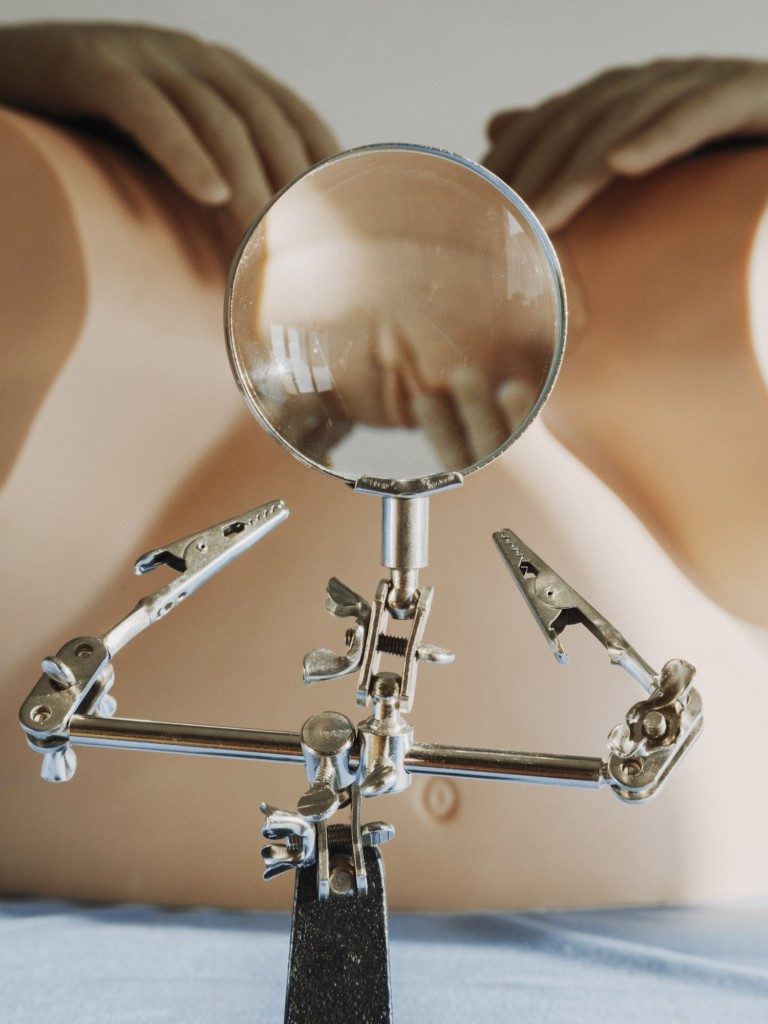 From images of David Lynch hoisting babies into test tubes, to bizarre photographic experiments inspired by New Age religion, Valentine Bo has a unique eye for the weird 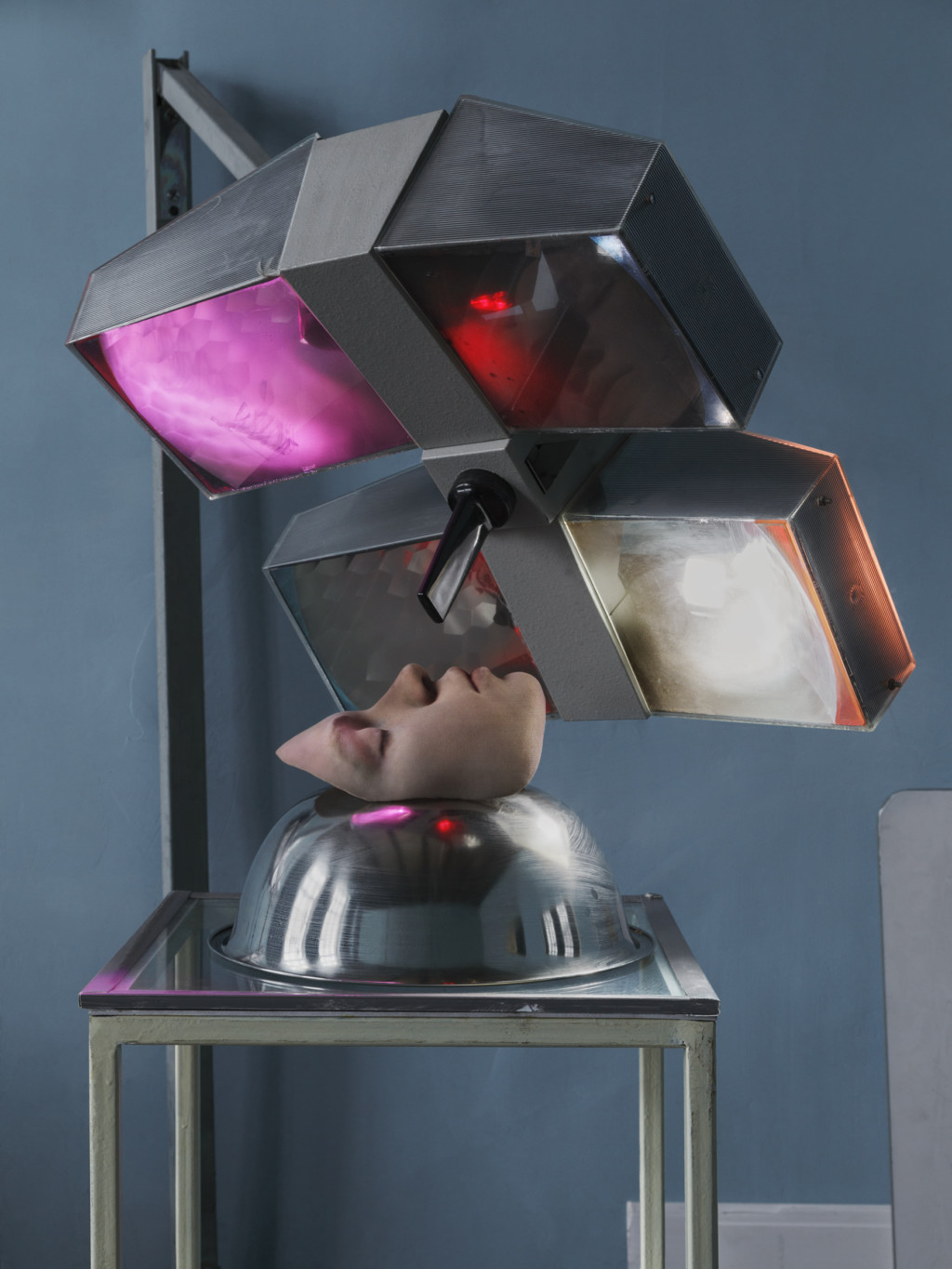 Although Kiev-based photographer Valentine Bo had always drawn, the 34-year-old didn’t start to take pictures until his second year at Lviv Polytechnic National University, where he was studying architecture. A classmate’s passion for the technical aspects of photography sparked Bo’s interest, inspiring him to go out and buy a camera of his own. Before long, he was taking photos of his everyday surroundings and uploading them to a website, which he says he’s thankful no longer exists.

After earning a spot on the prestigious Foam Talent exhibition this year – the show will travel to Frankfurt in September after runs in London, New York and Amsterdam – Bo’s work has been surfacing on the internet once more. Images from his ongoing sci-fi-style photographic series, Your Next Step Would Be To Do The Transmission, featuring plaster casts of human faces swimming in a formaldehyde-like substance, or propped on a metallic cloche under operating theatre lights, have been widely shared online. These hyper-realistic masks suggest the unnerving clinicality of an alternative past or a near future, as well as the cool detachment of scientific observation. 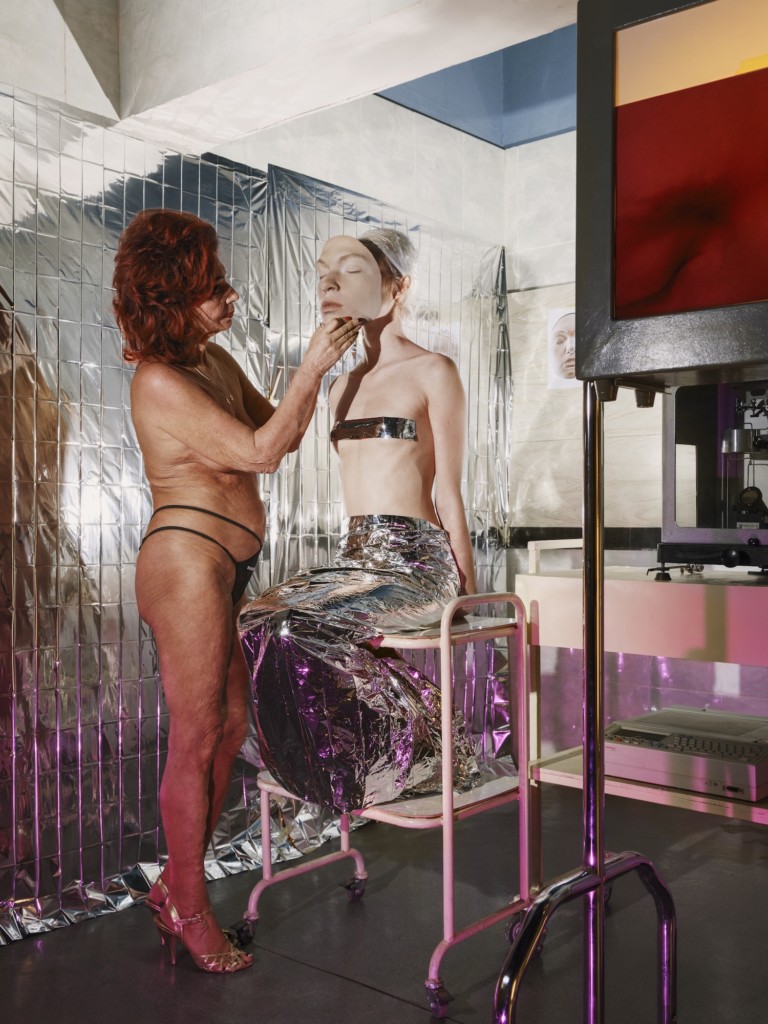 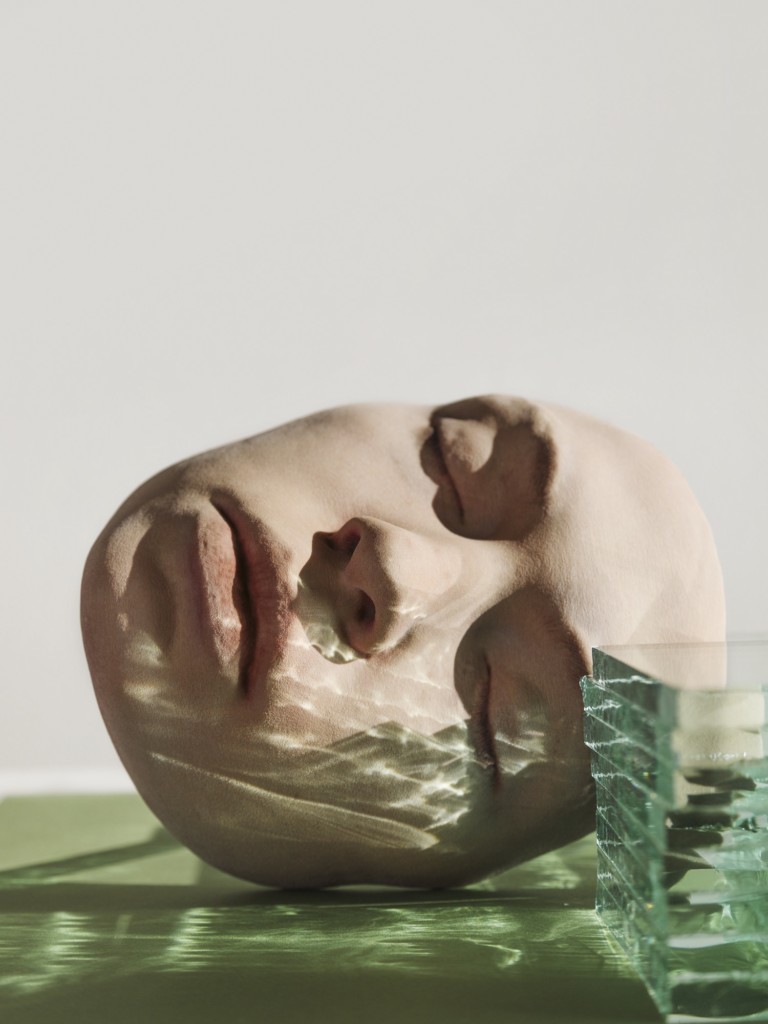 The series offers a vital example of Bo’s approach to image-making. In the past, he “enjoyed filming [his] personal life – relation- ships, breaks-ups, entertainment” – and performed like “a cameraman in the documentary of his own life.” Following a trip to visit a friend at the Kulturama school in Stockholm, however, his outlook altered, and he abandoned the intimate style he had previously practiced. In contrast, the images in Your Next Step… are conceptually driven, challenging, thought-provoking, even aloof. “Now, I’m more interested in the phenomena that arise in modern society and their psychological components,” explains the Ukrainian photographer. “I address a specific topic, a story, and then create my own script, working with associations, allegories, and building a set of symbols. I find it captivating when the audience’s perception is based on internal disputes and the destruction of rational foundations.”

Bo says that these phenomena include “human conformity, manipulation, pretence and sincerity,” which he dissects in Your Next Step… through digitally-landscaped photographs depicting imagined experiments. The series came about when he considered how these concepts are at the core of ideological movements, including religions and cults, in particular Raëlism, a religion founded in 1974 by French former automobile journalist Claude Vorilhon, whose proponents believe that Earth and its inhabitants were created and that humans can achieve eternal life by cloning themselves. “I’m taken by the ability of people faced with estrangement in modern society to find some kind of transcendence in such cults.” 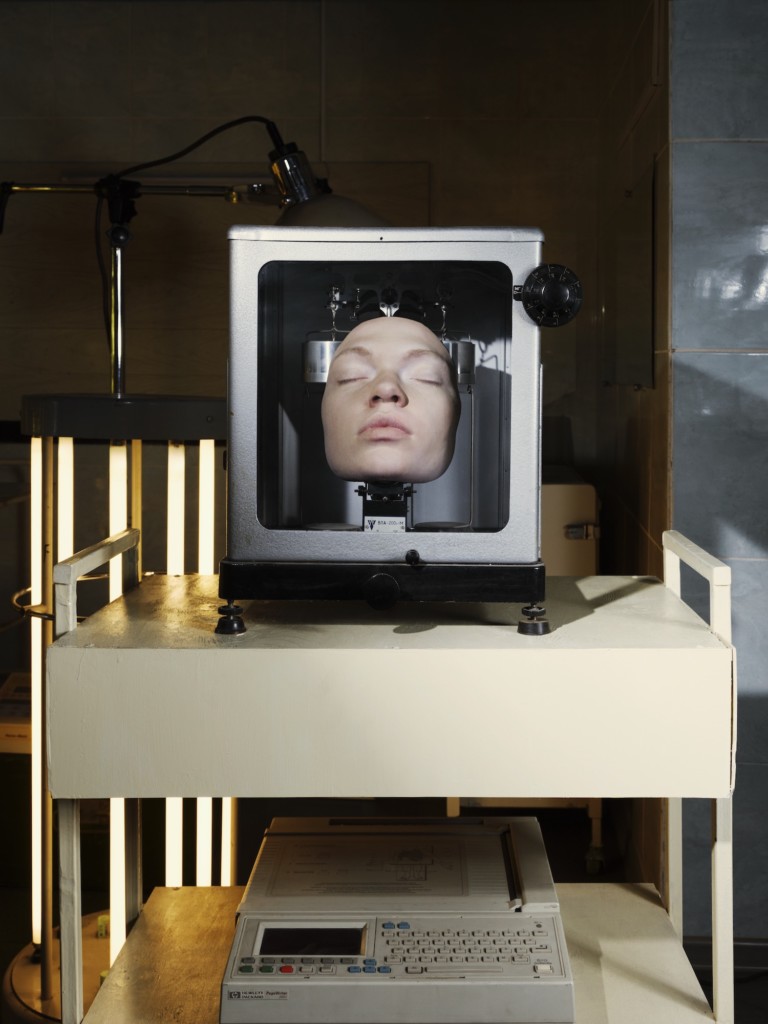 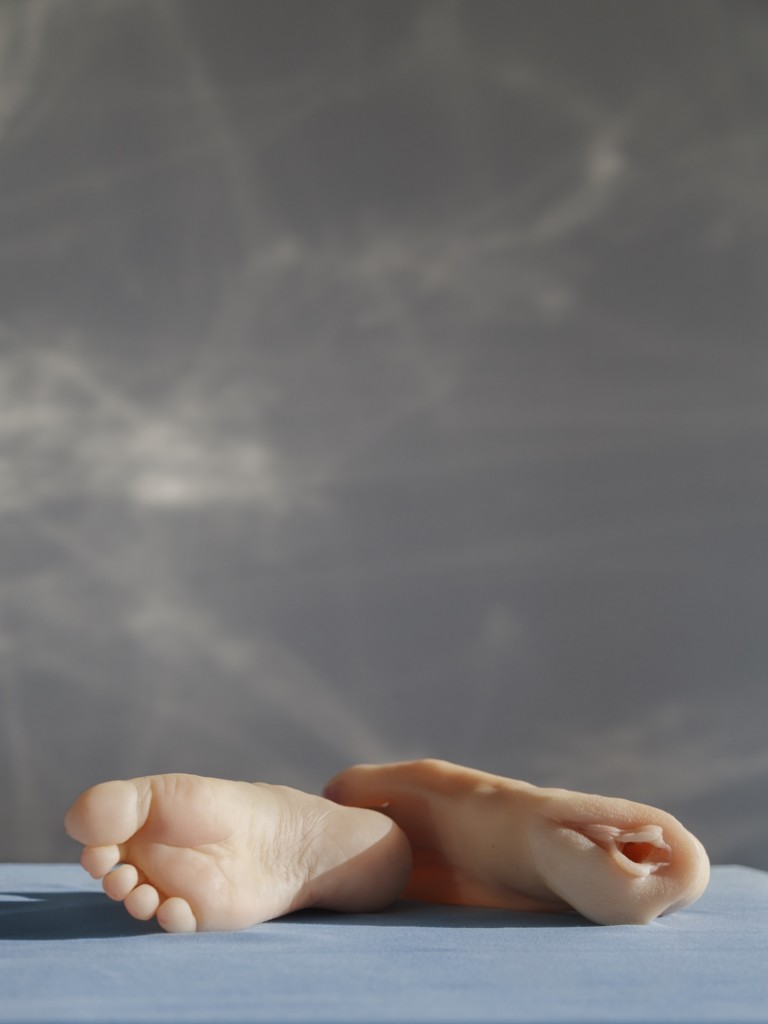 Other than the stoic masks, the series also includes a number of images of humanoid shapes and swine-like forms stewing in acidic juices. With their pillowy and wrinkled limbs squished into vitrines, the creatures are eerie and life-like, causing the viewer to question their relationship with fantasy and reality. Bo deliberately challenges the perception of photography as a concrete indicator of truth, instead high- lighting how easily we can be taken in and manipulated by the image.

In itself, the series – which Bo intends to turn into a book in the near future – employs digital image manipulation and photogrammetry (the ability to make measurements based on photos). The plaster masks were created on image analysing software and designed into 3D models that were later printed on a colour gypsum 3D printer. In this sense, the objects are real, but also not – they disrupt a fixed understanding of the world.

For Bo, photography is a matter of storytelling, of creating a deeper psychological visual story. When, in 2017, the opportunity arose to photograph one of his idols, David Lynch, for example, the photographer says that he “wasn’t going to settle for a mere mugshot – I needed to create a unique context (significant, primarily, for me).” The final portrait, David Lynch, the Vessel & the Baby, depicts an inquisitive looking Lynch peering up at a bulbous laboratory flask containing a baby figurine squeezed inside. According to Bo, Lynch’s “mystical fluctuating world filled with questions whose answers are hidden in our subconscious and others to which you wouldn’t want to find the answers to” was a significant influence on his own work. It’s no wonder then that when asked to describe his practice in three words he opts for “symbol, metaphor, irrationality.” 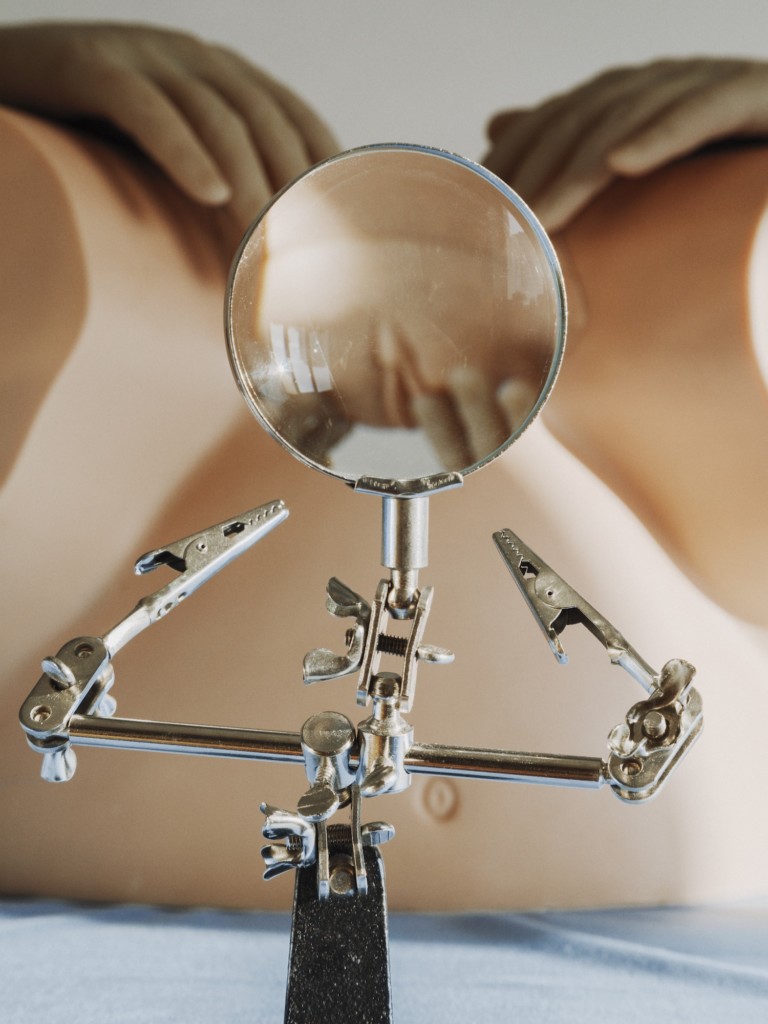 This article originally appeared in SLEEK 62, out now.

Foam Talent 2019 opens at The Cube, Eschborn/Frankfurt, the headquarters of Deutsche Börse on 6 September to 1 November 2019.

All photos courtesy of Valentine Bo. 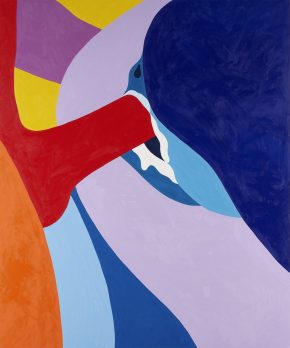 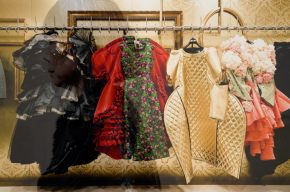 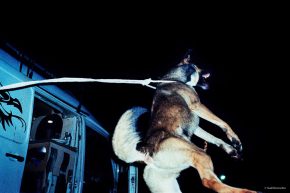 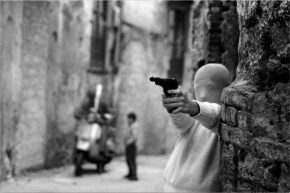 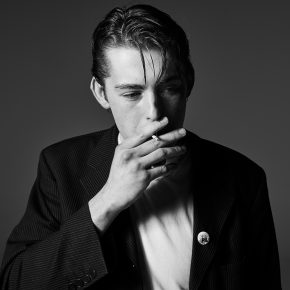 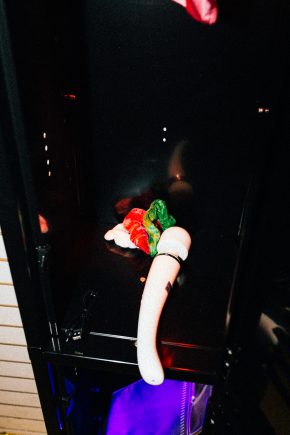