As you can tell from the close shadows behind the models, this Y/Project collection’s runway photos were shot using flash—extremely unusual and necessary only in very low light. Looking at these photos, in fact, you can see way, way more of the collection than the audience on the ground in the Cloister Grande of Santa Maria Novella this evening had any chance to. What you can’t discern, however—and equally what we could see—was what made this show so special.

Glenn Martens had designed this Y/Project collection way before Pitti came calling to offer him the keys to Florence and the option of presenting pretty much wherever in it he wished. His decision to show it where and how he did was a gamble that paid off.

We trooped up to Santa Maria Novella—arguably second only to the Duomo in the list of Florence’s most exquisite churches—and were handed small torches as we entered the darkened building. For quite some time we gathered in the cavernous, ancient, holy space, flashing the square beams of those torches up at the stained glass windows, the chipped edifices of saints and benefactors past, and Giotto’s 13th-century painted wooden crucifix suspended above us. It was strange to be in one of the world’s most famous buildings with the lights off, but fascinating too—you could feel the size of the space in the echoes that bounced around us.

After a while we were let through to the cloister, huge and darkened. The fashion pros took their places and then more, and more, and yet more extra guests entered, all torch-equipped. As Martens would explain afterwards, he wanted to throw open the show to as many people as possible—especially the huge population of students that gravitates here from all over the world.

There was a lot of waiting about. It was chilly. A sonorous, Japanese-sounding drum beat sounded sloowwwly, then eventually started to speed up its tempo until it was an urgent wall of sound. And then the show began.

There were no lights. We were the lights. The idea was that the audience would illuminate the collection by paying attention with their torches. Not everyone—not nearly everyone—complied: Maybe, I think, because it was just quite beautiful sitting in this until-a-few-years-ago-closed space watching the shadowed figures pass by in entirely different robes than those worn by the many generations of monks, clerics, and nuns whose footsteps they were following down the flagstones. You could see the stars shining in the sky above—definitely a first during a fashion show.

Yes, you could just about discern shifting snapshots of detail through the jittering torch beams. The closing look, a women’s look, looked like a fur dress under a chiffon jacket worn over fur pants. There was a series of suits, topcoats, and a tuxedo with a pulled-apart peak lapel. Super clumpy supersized boots, thigh-high, in suede and gold metallic drew the eye, but disappeared in the gloom too fast to see much of what was worn above them. There were disrupted check shirts, transparent argyles, carpet-pattern scarves fringed with white, and dramatic earrings for men and women that caught what light there was. But as mentioned, you can see these details much better that we had a chance to.

In a preshow interview Martens mentioned Stendhal’s syndrome—aka hyperkulturemia—the scientifically unproven condition reported by the great bildungsroman author when he first visited Florence, and often reported since by other first-time visitors to this city. It happens when you see so much great eternal art and architecture all at once that you are thrown into a kind of existential panic by it, driven to a realization of your gnat-like smallness in the grand landscape of humanity. This show cleverly inverted elements of that syndrome by giving a lucky few—but many more people than normal—the chance to inhabit a very special place in the reassuring shared solitude of near darkness. The consequential obscuring of the clothes in this collection seemed an act of modesty, but demanded quite a lot of confidence from Martens to pull off.

To be here now, for this, was a unique, starlit Pitti privilege. 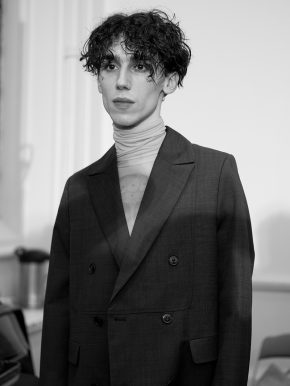 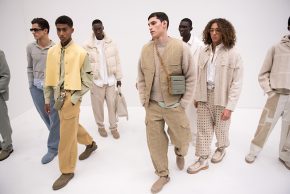 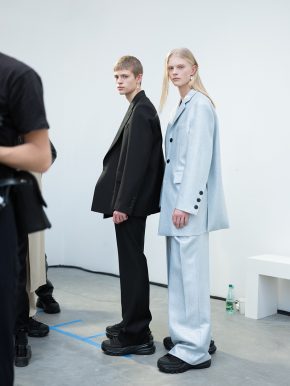 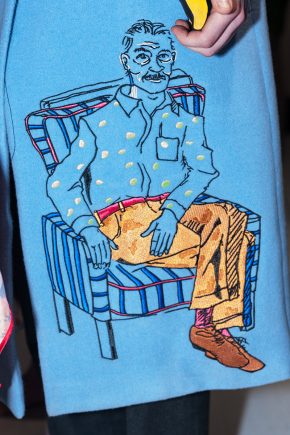 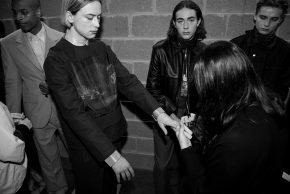 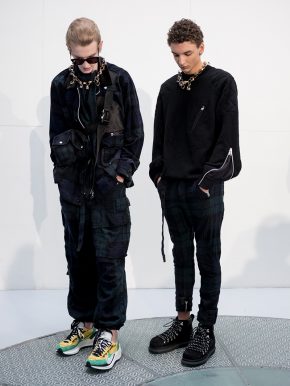