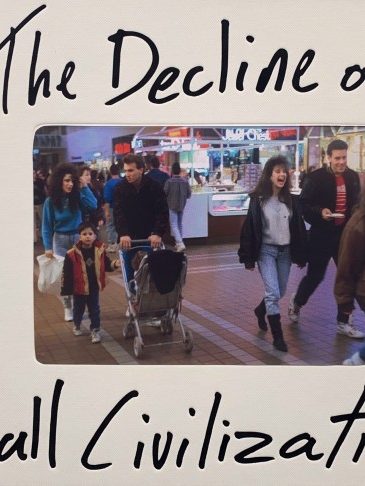 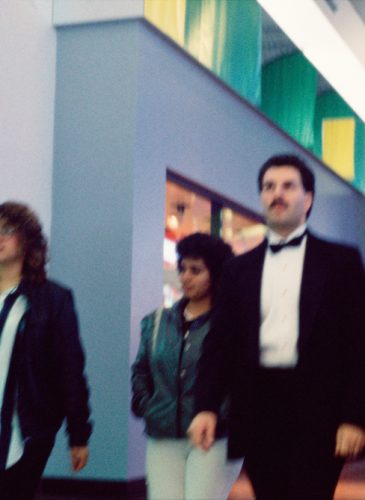 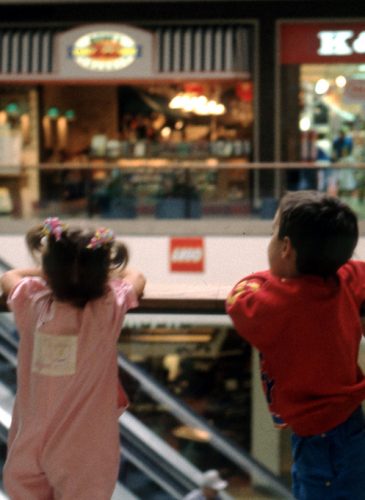 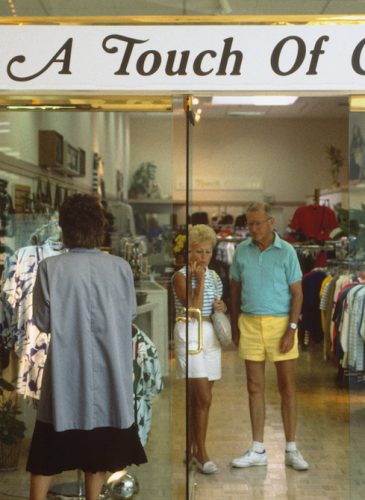 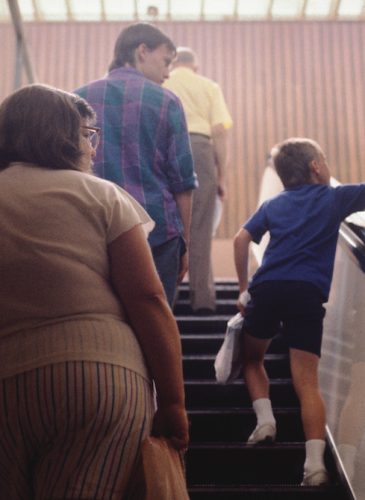 Today, we sandwich this post between Black Friday and Cyber Monday, one day that sends us to our local shopping centers for deep discounts, the other day that reflects the glued-to-screens behavior that has created the decline of in-store shopping. Michael Galinsky’s amazing chronicle of 1980’s experiential retail, The Decline of Mall Culture is now in it’s second book incarnation, with help from a very successful Kickstarter campaign. The book is self-published, and can be purchased at rumur.com/malls, in addition to brick and mortar stores: Dashwood Books in New York, Arcana Books in Los Angeles, Books & Books in Miami, NC Museum of Art in Raleigh, Photoeye in Santa Fe, and Beyond Words in the UK.

After World War II, families began to move out of the city, into suburban neighborhoods.  Malls became ubiquitous monoliths defining communities, offing up all kinds of Main Street entertainment for the bored-out-of-their-gourds teenagers, new mothers, empty nesters, and family’s looking to get out of the house. The mall became a city unto itself and Michael documented it all–the good, the bad, and the ugly, a project that started as a student assignment and lead to a cross country investigation of place. 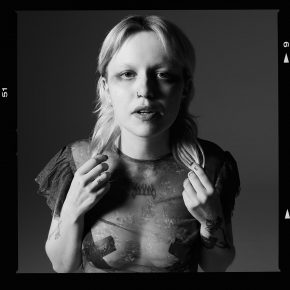